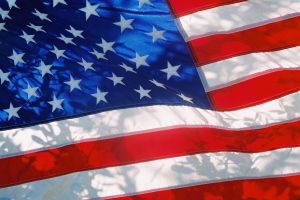 Two of my clients were at the White House on the 4th of July, summoned by the almighty Obama, when he decided to throw a backyard party and barbeque. Nate is an internationally known musician – a bass player with a band called the Foo Fighters. His partner Jessica is a screenwriter, band manager and mother to their bright big-eyed son, Noah.

It was evening. Malia’s birthday party was going on inside. Nate was with the band headlining the night’s activities and Jess was on the side yard of the White house watching fireflies explode into light. Noah was delighted. He reached out repeatedly to catch them but always fell short. He ran, he grabbed, and he missed. He was getting discouraged.

Then a voice came from the bushes. A man dressed in black emerged with an assault weapon strapped to his chest.

Here you go little buddy, he said, a firefly caught in his grasp. Noah was delighted.

Where did you come from? Jess asked.

Oh, we’re all around, out of sight. There are a lot of people here now. It’s our job to keep everybody safe.

Jess looked around as he motioned. Men in black appeared from nowhere like a scene in a shooting arcade, acknowledged her, then melted back into the unseen.

As she was digesting this, Bo, Obama’s dog, came out to poop. The mess was immediately cleaned up and a yellow flag inserted in the ground where the pile had landed.  She turned to her secret service buddy:

What are the flags for?

Wherever the dog poops the lawn will be cut out and replaced. The flags tell them where to put new sod.

Barbeque was served, ice cream, beer and wine. They filled their plates, sat on poop-free replaced grass to watch the evening fireworks and felt extremely protected.