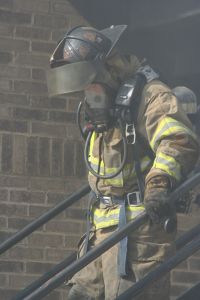 My husband, Gib, is a crazy man. He is full out insane. I only have to be with him for moments before the quiet pond I live in is filled with crashing waves and turmoil.

I have read that the Gods protect children and fools. Gib does not fit on the child shelf, so you know what’s left.

The fool is an ancient archetype in the Tarot, his feet barely touch the earth, he is the embodiment of freedom and travel. The fool remains unhurt when stepping off a cliff. His essence is full of grace and an unspoken faith that calls the Gods to place a pillow where a cement wall might reside. His is a faith without words or structure, which summons unseen forces on his behalf.

Gib is the kindest man I have ever known. He lives without judgment or criticism of others, and will exhaust himself for a cause. His wood pallet company is crashing, a company he never wanted, a company he inherited from a family too broken to care. He has worked night and day to breathe life into it, going without pay and using his own funds, so the Mexican men who are employed there will not lose their jobs. When it was time to lay them off from lack of work, he decided to bring in an English teacher instead, so they could be paid to better their lives. I believe this company will die this month, a victim of the recession. It can not be resurrected on the back and good intentions of a single man. I will be delighted to see it go, but he will lose sleep worrying about the families who will suffer from lack of income.

He has coached tennis at Century High School for the past six years. They threatened to close the program if no one came forward to save it. And so he did. He gives of himself again and again in a million small and very large ways. I respect and admire that in him. He is supposed to be retired, but the concept lives in a different orbit than his deeds.

Gib is a cosmic fireman, running around throwing his time, love, and energy on every fire he sees. Sometimes, I get very angry about this, since I am not on fire. But in the end, it’s just as well. That is what he is here to do, and it allows me to go back to my quiet pond.