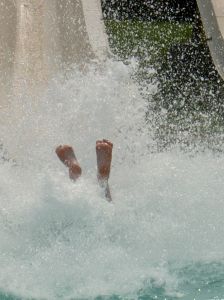 I just downloaded a recipe for a warm winter soup which called for an onion, so I went to the frig. Nope, no onion, how about a leek? Mace was a required spice but sadly missing, so I left it out, using cinnamon and ginger instead. I needed to cube 6 cups of butternut squash and only had one acorn squash, so used that, adding yams to make up the difference. No turnip, so that didn’t go in and I replaced chicken broth with vegetable broth. Coconut milk was added instead of skim milk and a splash of orange-mango juice just because. I always add more spices and herbs than required because most of mine have dulled from a long shelf life. The result? Surprisingly good. I am sure the writer of the recipe would not recognize the finished product as her own, but it made a great dinner.

When I was 19 and first married, (I know- a mere babe in arms) I asked my husband what his favorite meal was. “Chicken, corn and mashed potatoes,” he replied. I learned to please his palate through no small effort on my part, then served the same meal every night for two months. When he complained I was dumbfounded. “What do you mean? I thought those were your favorites.”  Poor guy. “Not anymore,” he moaned, a little blue in the face. “I may never want to eat this meal again.”

I grew up above my parent’s restaurant which was one of the finest in the area. Dinner meant a trip through the steam table to pick out prime rib, seafood, fresh veggies, and potatoes. Homemade pies waited in racks next to coolers of ice cream, strawberries and chocolates. I miss those days, those days of being cooked for with no thought to allergies, weight or waistline.

My friend Kim sang and played the harp at a concert last Sunday, accompanied by her husband Bob on mandolin and her son Dylan on guitar. The sound was magical. The director spoke of the evil Oliver Cromwell who banned Christmas in 1649. I was with my daughter, Kristen, who leaned toward me and whispered, “I wish somebody would ban Christmas here. It would save so much time, money and trouble.”

When the concert was over we moved downstairs to the refreshment table, where I eagerly ate every single item that is bad for me. I started with brownies, moved on to truffles, ginger cookies, a strawberry crisp and then started all over again, elbowing innocent children aside. By the time I left I couldn’t breathe and my vision has doubled, but hey, what’s a holiday for?

This blog post is so out of focus. I’m writing about winter soup and my early marriage, my growing up years and last Sunday’s concert. What a jumble, all headed for the same pot. Is it better than nothing at all?