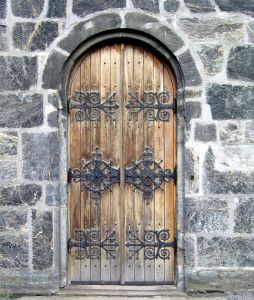 Julio has gone from being a dishwasher to an artist in residence, our residence, and I could not be happier. He takes self-doubt and desire for expression to an outside canvas, opens paint jars and steps into his private piece of heaven. He is a beginner, unseasoned and open, living in Ojai where masters reside. His passage will not be simple but is fully his, a door opening, a passion, a path.

He is being mentored by Gino Hollander, an international treasure and 87 year old legend. Gino writes: “This beginning time for Julio is hugely exciting and equally insecure, something each starter of anything worthwhile for the soul has to deal with. The more he is involved with painting and himself and working things out by himself, the better. For me, I want no one around when I work nor any comments. Painting is a very personal thing. What maintains the work is the aloneness with it. I won’t be commenting in the hope that he works and works and works. As he applies himself with time and effort and sincerity something incredible will happen.”

Greek mythology gives the ‘credit’ in incredible to the muse, their source of inspiration for the arts. Here is what I imagine:

Each time we make the effort to create anything we are knocking on the door to another realm, which is opened or not – by the spirit or spirits who oversee mastery. When you begin knocking you are not taken seriously. You’re a first time visitor and nothing more. You knock. A spirit peers through the window – says, “I don’t know you,” and turns away.

If you come the next day, the next week or the next month, the spirit will begin to identify your face, but still the door will not open. These are the days when the less serious give up, going on to something other. “That wasn’t for me,” they’ll say. “I just wasn’t feeling it.”

It’s only when you forge a path by coming day after day and week after week, when you wear the soles of your shoes thin with travel and your thirst is deep enough, that the bolt on the door begins to unlock. And still, it does not open wide, only a crack, allowing crumbs of inspiration to fall into eager outstretched hands.

Then finally, after months or years of traveling the same path, on a day when you least expect it, something changes. The door is thrown open and you are warmly greeted by spirits anticipating your arrival, perhaps having discussed which gifts to endow over morning toast and tea. You are expected. You’re family now and they want you to succeed. This is no longer a strangers place, but part of breathing in and out. You have tapped omnipotent mind and become a vehicle for earthy expression.

Some folks call this discipline, a word I’ve never liked, because it engenders sister words like restraint, control and obedience, expressions that don’t fit my idea of creativity. I prefer words like perseverance, heart-connection or even crazed. But whatever you name it, stepping out of the ordinary into worlds of imagination and vision brings you closer to the sacred pulse of the universe.

And so I wait, watching from the calm of my sitting room as Julio begins his journey. He is a determined walker and his thirst profound, leaving no doubt that the doors of mastery will eventually swing open and he will be embraced by all that is.

4 thoughts on “Knocking on the door”