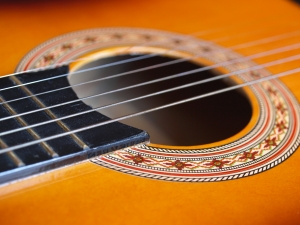 It was snowing in Portland with a high of 27 degrees, and more of the same on the way. I printed my boarding pass in Los Angeles ready to get on a 9 p.m. flight, the idea of returning to Oregon as appealing as a root canal. Khrystyne looked at the weather and suggested I stay. My son concurred. I listed all the reasons I could not, but there was that sun shining from a bragging blue sky. I took a leap and said, yes, deciding to stay, not a few more days but through the end of the month.

I took a walk on Melrose at dusk to clear my head and integrate my decision.  A well-dressed young woman in black approached needing bus fare. I reached in my wallet and gave what I had. Browsing, I stepped into a Sugar Free Bakery and discovered it was the name of a Hello Kitty Outlet, with no food in sight. Outside,  I watched a man cross four lanes of traffic from a side street by willfully inserting his car, then honking an entitled blare until he was allowed passage. Very, not Oregon. I walked on. Shop windows displayed clothing I couldn’t imagine a real person wearing, on mannequins with hair the color of food dyes.

The scent of flowers pulled me into a vast open-air market where rows of elegant white orchids reined on high rise shelves. I was awash in nature and just as quickly back on the sidewalk.  A young man approached, handsome, fit and Latin. We smiled. He stopped, taking his guitar from his back. “I want to sing for you. Would you allow that?”   I was taken in by his dark eyes and movie star looks, wondering if he had an available Grandpa tucked away in his life. “I’m sorry,” I said, “I just gave my cash to a young woman needing bus fare. I have nothing to give you.” He stepped back.  “I am not after money. I just want you to listen. I want to make you happy with my music.” Traffic roared by as evening blanketed our meeting. He gestured toward a dim horizon as night fell over the street. “I want to coax the sun from the sky for you, because your spirit is as pure as the sun.”

He played and sang for a long time, light, grace and sound flowing between us on an otherwise empty sidewalk.  He seemed a celestial guest sent to reward my decision to stay. When he finished, he pulled a C.D. from his pocket.”For you!”  I thanked him and walked away.

I was excited to share his music with Clay and Khrystyne when I returned home, but without the man and the night, the magic and the moment, it sounded a little empty.