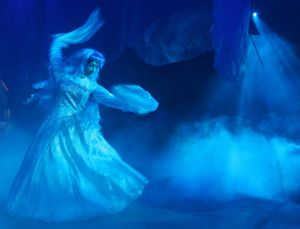 Kay is in her 80’s. She calls about once a month to tell me she needs a healing session, specifically to deal with the clutter in her life, but I have learned to wait to call her back and not mention her request for a session. Kay’s clutter defines her and is a needed reminder that she exists and has a history. Instead I call and suggest we meet for lunch. I could offer her a session and send her home with a CD, but she would not remember having it.

Kay has always been eccentric, in extreme and wonderful ways. She blurts out her truth in a blunt warrior-like fashion, concealing a delicate, almost fragile spirit within. She calls late at night to tell me about a praying mantis that landed on her front door. The wonder and description of him occupies most of the phone call.

Kay was part of a woman’s training I offered that went on for six years. She was clear then and lucid. Crazy Kay, as we called her is a hot-wired red head who gets mad at her 93 year old boyfriend for sitting out more than one dance, legally changed her last name to match the neighborhood she moved to, washes her hair and her underwear in the same bathwater, and was the only person willing to march with me during the Belmont Street fair in nothing but a bathrobe and feather boa.

Her dementia is hard to be next to and often difficult to distinguish from her unique view of the world.

Last time we were together, the conversation went like this:

But we just got up from lunch.

I know, but there are several nice lunch spots. Let’s just keep having lunch.

We went into a boutique.

Kay met the owner. Your business is going to get really bad in five more years, she tells her.

The woman laughs, you mean worse than it is right now, with the recession?

Yes, I read it in a magazine. By 2014 there will only be two planets we can inhabit.

And where would those be, I ask.

Where? Well, how should I know? They didn’t tell me!

We get back on the road, the air conditioner in her Volvo is broken and it’s really hot outside. She is convinced it should work, so she keeps blasting warm air into a car that is already sweltering. I turn it off and explain that it no longer works. A few minutes later she forgets, reaches for the AC and we do it all over again.

My car is in the garage so she is driving me around. She does some slick maneuvering to cross a jammed traffic lane so we can go in the opposite direction of our destination.

Oh, aging does not look pretty. Maybe that’s why I feel compelled to write these memories out, because one day my mental screen will go blank, there will be nothing left to retrieve, and I’ll be the one who insists on holding up traffic so I can satisfy my urgent need to go in the wrong direction.